Most of the followers of Sanadhana Dharma wish to visit Gaya atleast once in their lifetime. The place called Gaya is also called Matru Gaya where they pay their respect to their parents especially to their mother. During their visit to Gaya they would often visit Kasi also called Varanasi and Sangam also called prayagraj [first among the prayags] where three rivers Ganga, Yamuna and Saraswati meets and take bath in the confluence. This entire trip is often referred to as “kasi yatra” in common parlance.

Once considered a difficult tour to visit all these ksthras together, today advance in technology and communication has made things very easy and comfortable. People from all across the country including far fledged districts in south, west, east or north India make it a point to visit this holy place and pay their obeisance.

Madurai had been an important place through which people use to visit Rameswaram. People from all walks of life and places of Bharat had visited this holy place of Madurai. Let us look at the some important facts of Madurai.

Madurai has a glorious history right from the days when the city was ruled by the Pandiya dynasty. In modern times, one cannot forget Malik Kafur ransacking the city, and paving way for the Delhi Sultanate to follow.

According to Muslim historian Jiauddin Barani, Malik Kafur went back to Delhi with 241 tons of gold, 20000 horses and 612 elephants laden with the looted treasure.

Many travelers to this great city, like Ibn Batuta, Marco Polo all describes the beauty of Madurai of their time. From this it could be seen how wealthy and nourishing the city of Madurai was in all times. 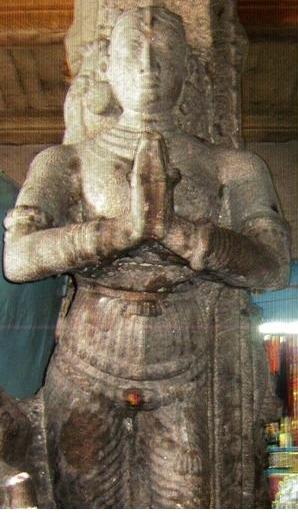 Time and again the city was looted of its wealth. Madurai was brought back to its glory when it was made a part of Vijayanagara samrajya and subsequently during Nayaks' rule. Among the Nayaks’ rulers golden time was that of the period Mangammal ruled. Mangammal was forced to become regent on behalf of her infant grandson Vijaya Ranga Chokkanatha, who was crowned when he was three months old in 1689 and ruled till 1705, with an able administrative council headed by Dalavoy (Governor General) Narasappiah.

While she had ably administered the State with all skill she was diplomatic enough thus tactfully avoided war without losing any territory. She had leaded the army at time and was a brave lady. She was generous enough towards the welfare of the people. She had rebuilt many temples and greatest contribution one could remember is the highway built by her from Madurai to Rameswaram, even now it is known as Mangammal Perum Salai. All along the road choultries were built by her for the travelers to rest.

Thus Rani Mangammal had helped people who wanted to fulfill their duty by undertaking the pilgrimage from Sangam, Gaya, Kasi and Rameswaram.

As we remember Rani Mangammal for her courage and welfare towards their subject, we should also equally remember the contribution of Rani Ahilya Bai Holkar of Indore. Both these queens were forced to hold the position because of circumstances of the time. Similarity between both of them was their courage, diplomacy and good administrator skills. . In their mind welfare of their subject was of prime importance. Both these rulers had rebuilt many temples destroyed by other forces.

Today the temple at Matru Gaya where religious rites are held was built by Rani AhilyaBai. Throughout this Bharat she had rebuilt many temples [the list is endless], important among them are Viswanath temple at Kasi, Matur Gaya temple at Gaya, Somnath at Somnath, Omkareswar temple at Omkareswar and Radhakrishna temple at Rameswaram. It was the specialty of Holkar family that they did not use public funds to meet their personal and family expenses. They had their personal fund from their private property through which she built these temples.

Contribution of these two Ranis for the sanadhana Dharma is immense and immeasurable. This practice of connecting Rameswarm with Kasi yatra had unified people of all class and region of Bharat. There are many from South who had settled in Kasi, Gaya, etc. In the same way many from north had come and settled in Trichinapalli, Madurai and Rameswaram in south.

Bairahi or Bairagi is a word derived from the word vairahi which means ‘people living with a vow’. It refers to persons who lead their life with an aim to attain ‘moksha’. These people are recognized to follow and adopt any means to attain the same. There are many such Bairahi who visit these holy kshetras in pursuit to this goal of attainment of ‘moksha’. Few of these saint who travelled to south India as a part of this holy trip, had decided to settle down in various places in South India. Few of them had built rest house [known as chatram or matam] for other visitors from their place of origin; in such matam they also installed deity of their choice and affection.

Such ‘matam’s were called Bairahi matam or Bairagi Mutt in south India. One can see such matam in places like Arani, Kanchipuram, Chennai, Trichy, Madurai, Tirunelveli, Rameswaram etc to name few.

About three hundred years back one such saint from North India had come down to visit Rameswaram. While on his holy visit via Madurai, he was drawn towards the beauty of the city and the hospitality shown by the people and decided to settle down in this holy city of Madurai.

Under the divine direction he was in a lookout a sacred peepal tree where he can settle down for his practice of athma vidya.

Peepal tree or sacred fig is a species of fig native to Indian subcontinent, south-west China and Indochina only. This tree is known by other names also: bodhi tree, ashwattha tree, and in Tamil it is known by the Arasa Maram.

In Bharat, sadhus [ascetics] meditate beneath sacred peepal trees to liberate themselves from the cycle of rebirth. Normally it is a practice that people do circumambulation, meditating upon their Ista Devatha. It is said that Lord Brahma resides in the root, Lord Vishnu in the trunk and Lord Siva in the crown of this tree and hence call “virksha raja” meaning ‘king of trees’. In Tamil it is known as ‘Arasa Maram’ meaning ‘king of trees’

The yogi from other region [Bairahi/Bairagi] had settled down under one such peepal tree, located in the South Chitirai Street of Madurai. The Bairahi had been giving shelter and food for people from his region. There were many such travelers who benefited by this service. However, there was no permanent shelter for them. The bairahi wished that he establish a ‘mutt’ to serve these travelers. Over a period of time, altruism of this Bairahi had attracted the attention of administrative people who were holding the power those days. They were generous and Bairahi was granted permission to stay at South Chitirai Street. He was allotted some lands in the nearby village from where he could get some revenue to feed and serve people.

As was the practice of Bairagi, a small vigraha of his ista devatha Sri Hanuman was consecrated in that place and has been in worship from that time. Subsequently, the order passed on to the next chief of the Bairagi. Thus Bairahi mutt had come into existence in South Chitirai Street.

Till now there were many Bairahi chiefs who are called Mahanth heading the mutt. The last Bairahi to head the mutt was Mahanth Sri Goverthandasji. His immediate predecessor was Mahanth Sri Raghunathdasji. Earlier there were other Mahanths who had headed the mutt but the order is not known to us now. During these periods the premises had been a popular destination for people of Madurai also, since the Sri Anjaneya and Sri Lakshmi Narasimhan established by these Mahanths were granting them their wishes.

After Mahanth Sri Goverthandasji had attained the lotus feet of Lord Lakshmi Narashima the order of Mahanth was passed to the local sevadhar of the mutt who was devoted to cause of the mutt. Thus the mutt affairs are being looked after by them in an excellent manner and all the functions established by the earlier Mahanths are conducted as per the practice established them earlier.

The main deity of the mutt is Sri Anjaneya consecrated by the first Mahanth. Sri Anjaneya was consecrated under the peepal tree. A simple deity who can inspire the devotee to be alert. Standing firmly on His feet, the posture itself will give self-confidence to the devotee. Lord is holding the mace majestically in His left hand. . Lord’s right hand is seen in raised posture in ‘abhaya mudra’, giving confidence to the devotee. His raised tail goes behind the head in a curling style, imparting how practical and flexible the devotee should be. Salutation to you Sri Anjaneya.

Have dharshan of Sri Anjaneya of this Bairagi mutt of Madhurai to gain alertness, inspiration, self-confidence and majesty to be honest to self and society.